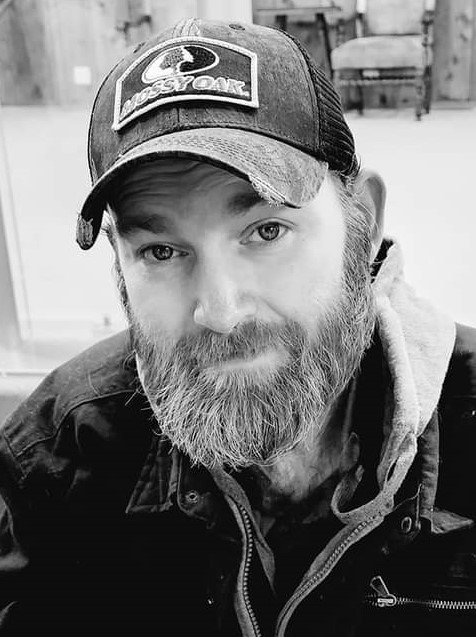 Mr. Bledsoe, 39, of Hohenwald, formerly of Linden, died Saturday, January 14, 2023, at his residence. A funeral service was held Thursday, January 19, 2023, 2:00 p.m., in the chapel of Young Funeral Home. Burial was at Dean Cemetery. He was born in Perry County, the daughter of Carol Burcham Clayborne of Hohenwald, who survives, and the late Wayne Bledsoe. He was a graduate of Perry County High School, Class of 2002. He was employed with the Tennessee Department of Forestry as a Wildland Firefighter. In addition to his father, he was preceded in death by his grandparents, Ewell and Faye Bledsoe and Dee and Hazel Burcham. In addition to his mother, survivors include his wife, Amanda Bledsoe; children, Austin, Gannon, and Audrey Bledsoe, all of Lexington, and Shayley and Jaxson Bledsoe, both of Hohenwald; brothers, Daniel (Lori) Bledsoe and Chad (Stephanie) Bledsoe, both of Linden, Jonathan (Megan) Bledsoe of Hohenwald, and Kevin (Kayla) Coble of Lobelville; and sisters, Rosemary Coble of Lobelville and Jessica (Trevin) Nunnery of Hohenwald. Memorial donations may be made to the funeral home for burial expenses.